The logo and corporate identity design project for HappyBus Travel, which organises cultural tours by bus to many European countries, was successfully completed in 2017. In 2018, new images of HappyBus's website, social media visuals and posters for two planned trips were designed.

Through these designs, HappyBus wanted to create an emotional connection with future participants and people who had previously travelled with them. For this purpose, instead of stock visuals, actual travel photos were used by increasing the dose of nostalgia with a black-and-white filter. With a handwritten font, the sincere stance of the images was underlined once again.

One of the posters was designed for the International Traditional Dance Festival. A photo of a dancer was featured to convey the dynamism of the Balkan Festival and the international festival was highlighted using flags of different countries. 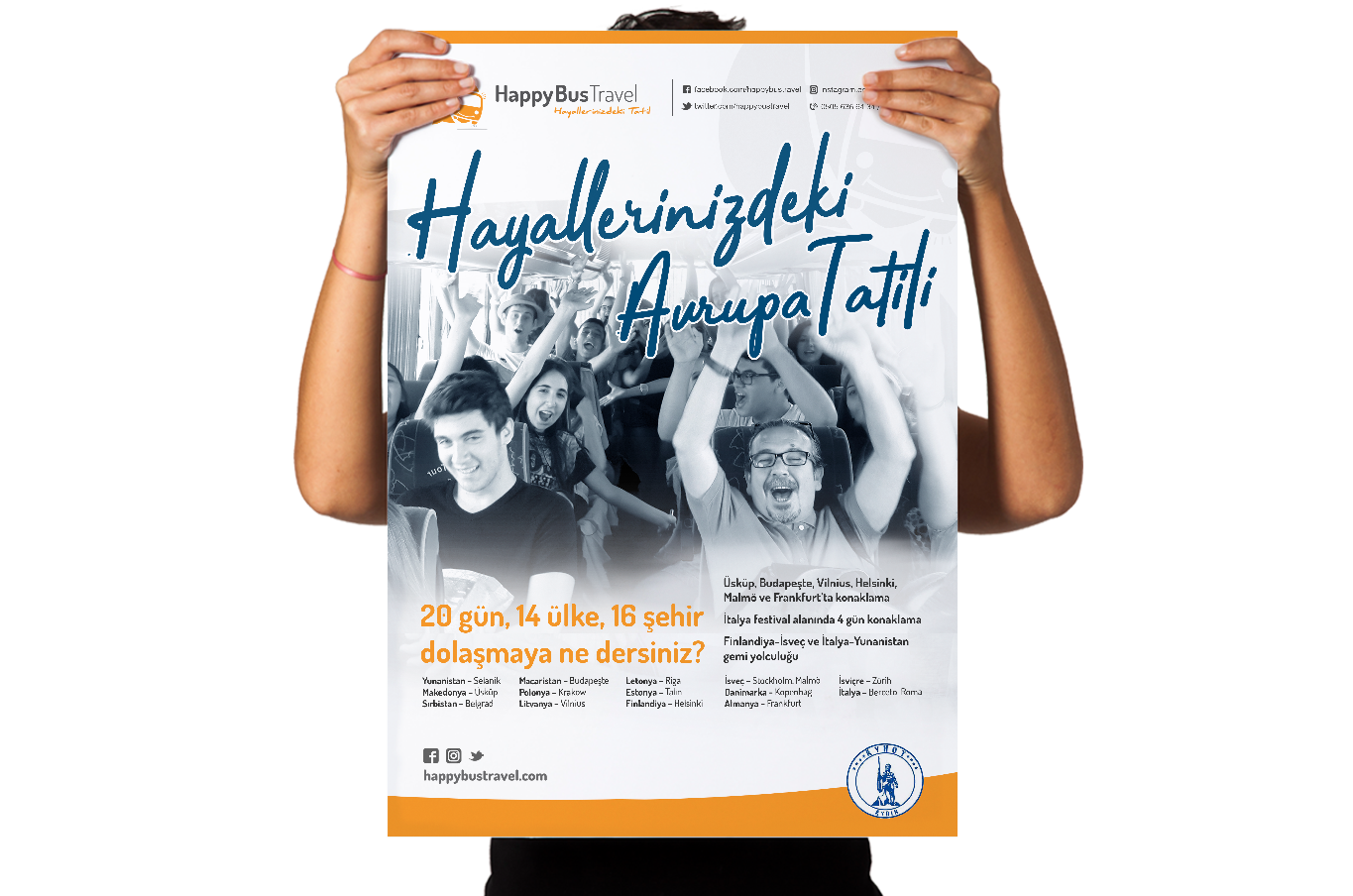 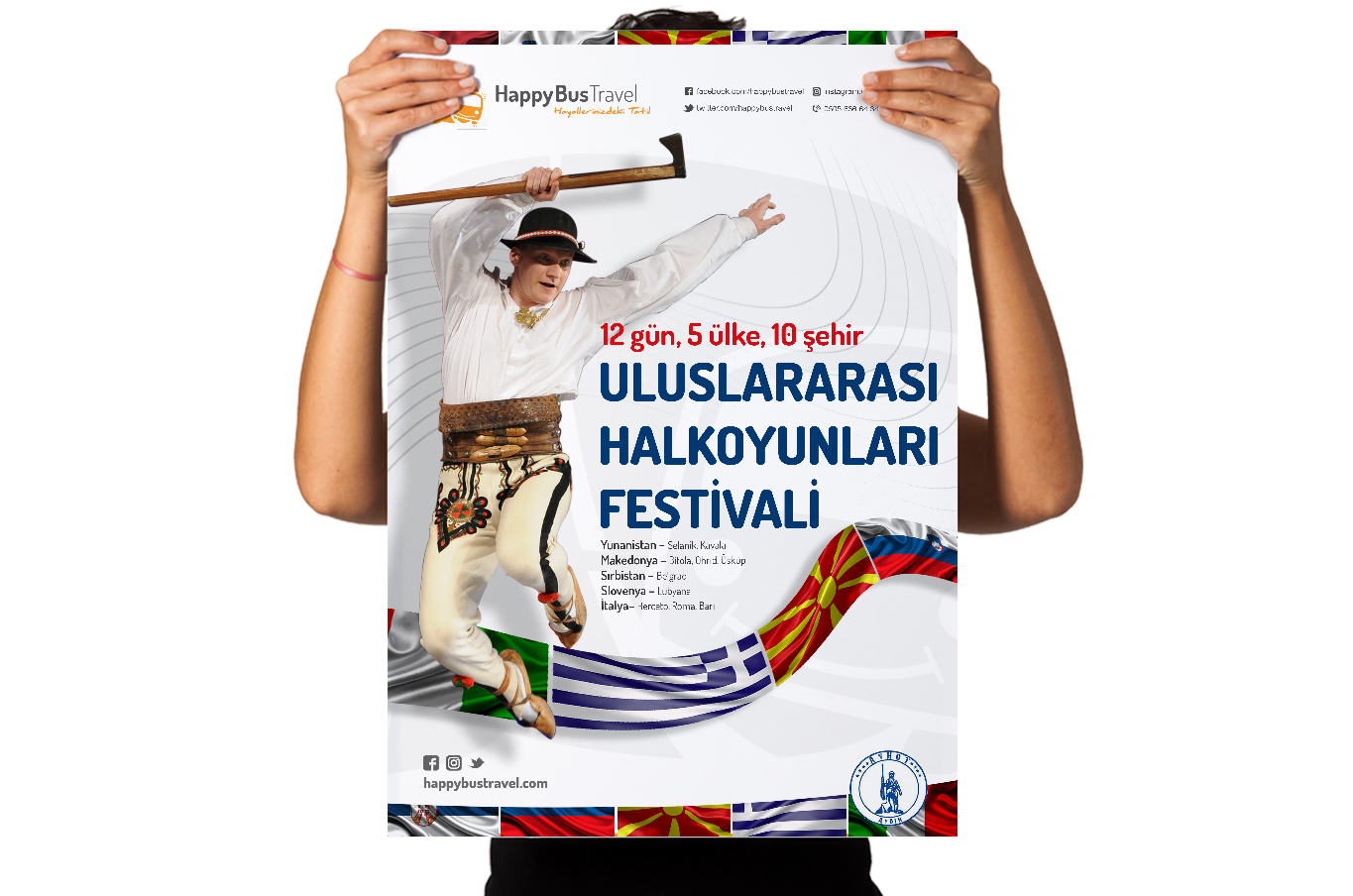