Brioulla Olive Oil named after an Aegean antique city aims to deliver priceless Mediterranean olive oil to Asia and Asia Pacific countries such as India, Sri Lanka, Pakistan, Malaysia and Indonesia. For Brioulla who has a high end target client profile, a logo and product package was designed. According to a target audience analysis which was conducted for one of Turkey’s rare organic olive oil producers Brioulla, the colours green and black were selected which represents nature, organic agriculture and nobility. To meet the expectations of the company, the design was completed with a woman figure inspired by ancient Greek statues and symbolising pure beauty of nature. 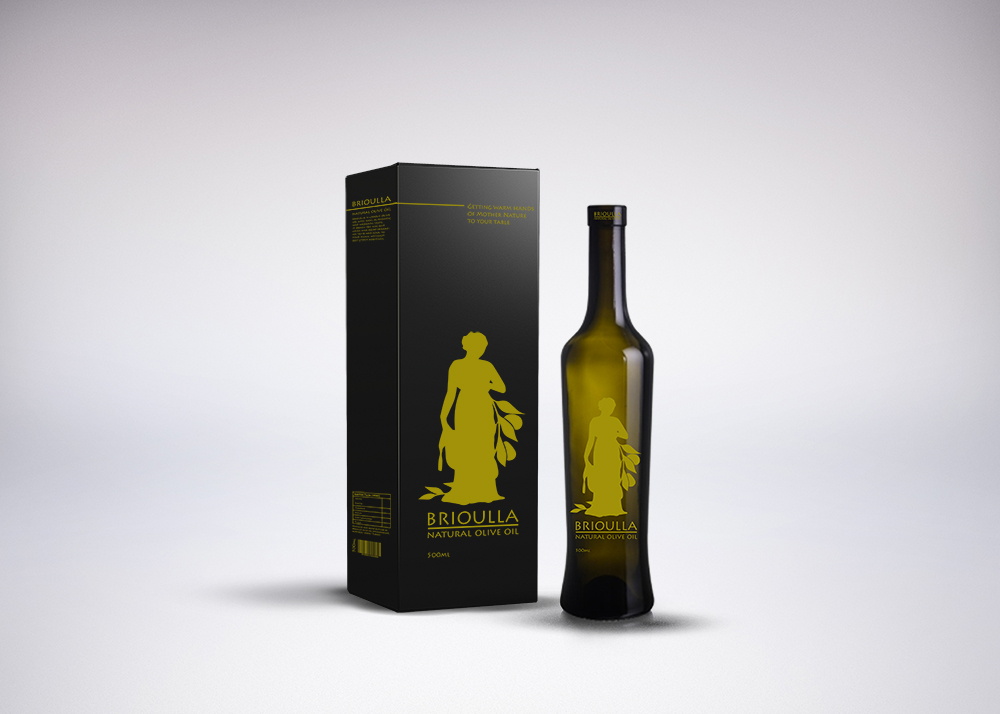